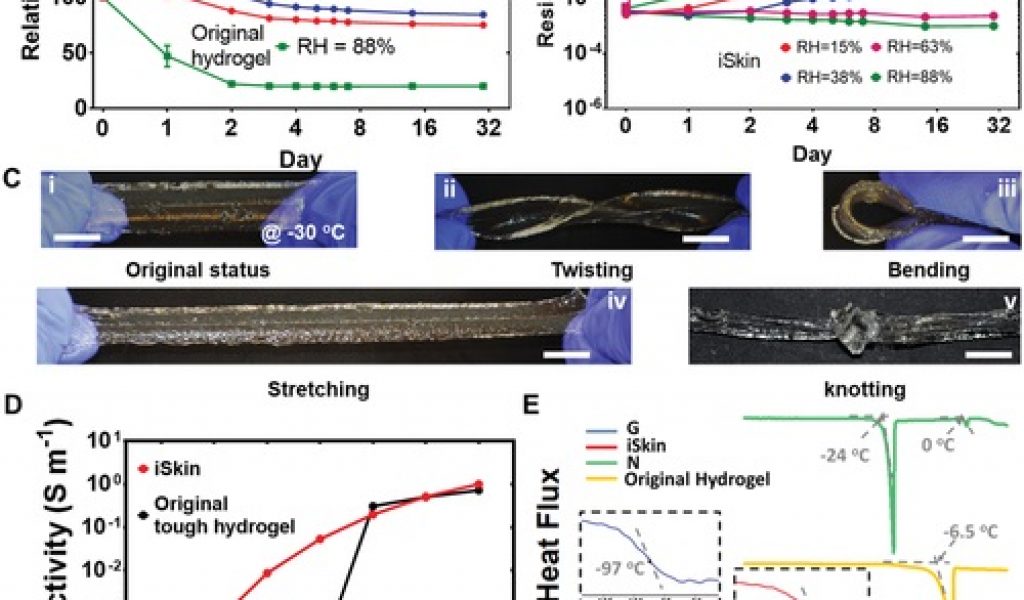 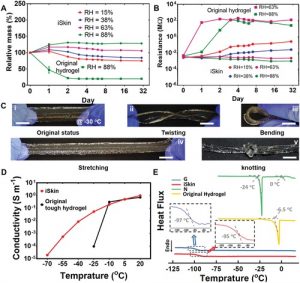 Researchers from the University of Toronto developed a flexible sensor with improved conductivity and tolerance of temperatures as low as -93 C. The developed sensor is known as ionic skin, or iSkin. Their work appeared in the journal Advanced Functional Materials.

The sensor is based on hydrogels. “Hydrogels are cross-linked polymers that are able to hold a lot of water within their chemical structures,” says Binbin Ying, who is now completing post-doctoral work at MIT but led the design of the material while pursuing graduate studies at McGill University and simultaneously working as a visiting PhD student in the lab of U of T Engineering Professor Xinyu Liu.

Bending the sensor creates a proportional change in its conductivity. This enables it to convert physical movement into an analogous electrical signal.

“A physiotherapist could stick it on your knee or your elbow to measure when and by how much your joint is moving,” says Liu. “We’ve also coated it on a glove, enabling us to measure and track hand movements, which, in turn, can be used to control a robot. It’s a very versatile way to facilitate all kinds of human-machine interactions.”

As hydrogel is used in this sensor, when the water within it freezes, the resulting ice crystals can do serious damage to the complex polymer matrix. Cool, dry air can also suck the remaining liquid water out of the hydrogel. To address this issue, researchers added glycerol.

“We stuck it to the outside of a jacket and walked out into a Toronto winter, where it was 10 degrees below zero,” says Ying. “We were able to take the same kinds of measurements as we did in the lab.”

Researchers believe that this new material could enhance a wide range of technologies – from wearable electronics to soft robotics.