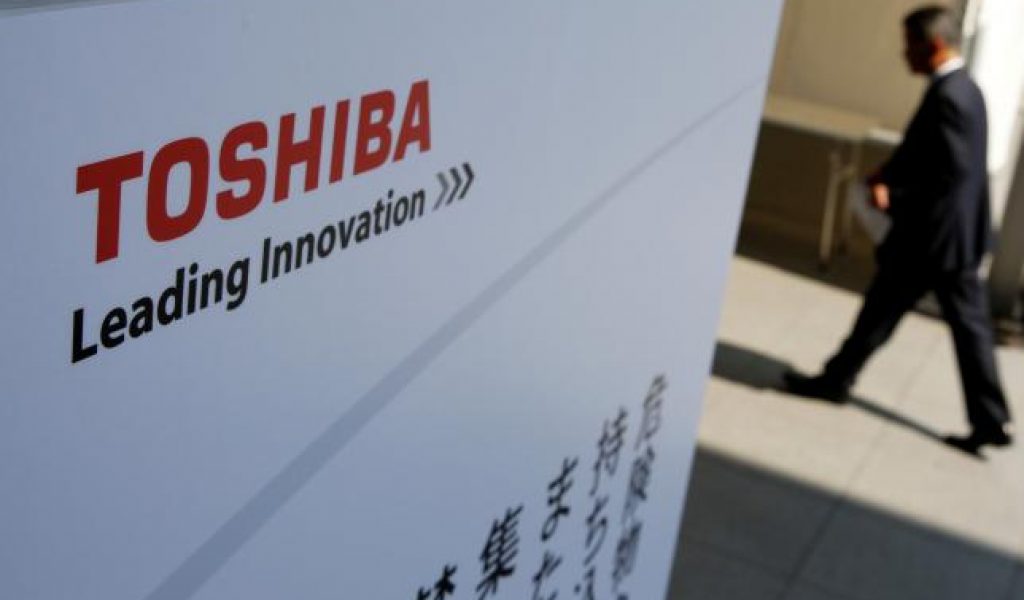 Broadcom, which has teamed up with private equity firm Silver Lake, and Bain which has partnered with South Korean chipmaker SK Hynix will participate in the second-round, the people said. It was not clear if KKR and its partners would submit their offer by the end of the day.

Toshiba, which values its chip unit at at least 2 trillion yen ($18 billion), was forced to put its prized asset on the block this year, after dramatic cost overruns at its now-bankrupt U.S. nuclear unit left it scrambling for cash. Selling the unit is critical for the company’s recovery.

However much of the sale and its outcome are still uncertain, as Toshiba’s business partner, Western Digital Corp, which jointly runs Toshiba’s main semiconductor plant and is one of the suitors for the unit, is seeking to block any sale that does not have its consent.

KKR is expected one of the most favored bidders. It is set to join hands with a state-backed fund, the Innovation Network Corp of Japan (INCJ), in an offer of at least 1.8 trillion yen, one person said, adding that the bid could be raised to make it more competitive.

The government has made clear that it is prepared to block any sale that could see highly valued chip technology leave the country and the participation of government-backed investors is seen as a key stamp of approval.

Sources familiar with the matter said that INCJ and the Development Bank of Japan had separately told Toshiba of their intention to take part in the bidding process although there were no details on what form that participation may take.

Bain plans to bid around 1.5 trillion yen for a majority stake, two of the sources said, declining to be identified as talks were confidential.

Bain’s offer will allow Toshiba and the management of the memory chip business to own a sizeable holding in the chips unit, the people said, adding that keeping management in place will help the business grow faster. SK Hynix is not expected to take a leading role in the offer due to anti-trust concerns.

A Hong Kong-based representative for Bain declined to comment. SK Hynix says it has decided to bid for Toshiba’s memory chip business as part of a consortium, though it did not name the partner or disclose further details.

U.S. chipmaker Broadcom and Silver Lake did not immediately rely to requests for comment outside of regular U.S. business hours. Their consortium was the highest bidder in the first round of the auction with an offer of 2.5 trillion yen, a person briefed on the matter said at the time.

Taiwan’s Foxconn, formally known as Hon Hai Precision Industry Co Ltd, has also formed a consortium with Japanese partner Sharp Corp to bid in the second round, other people with knowledge of the matter said.

Toshiba is also open to entertaining new bids after the second round closes, a person with knowledge of the matter has said.