BREAKINGVIEWS-Taiwan, not China, is its own worst enemy 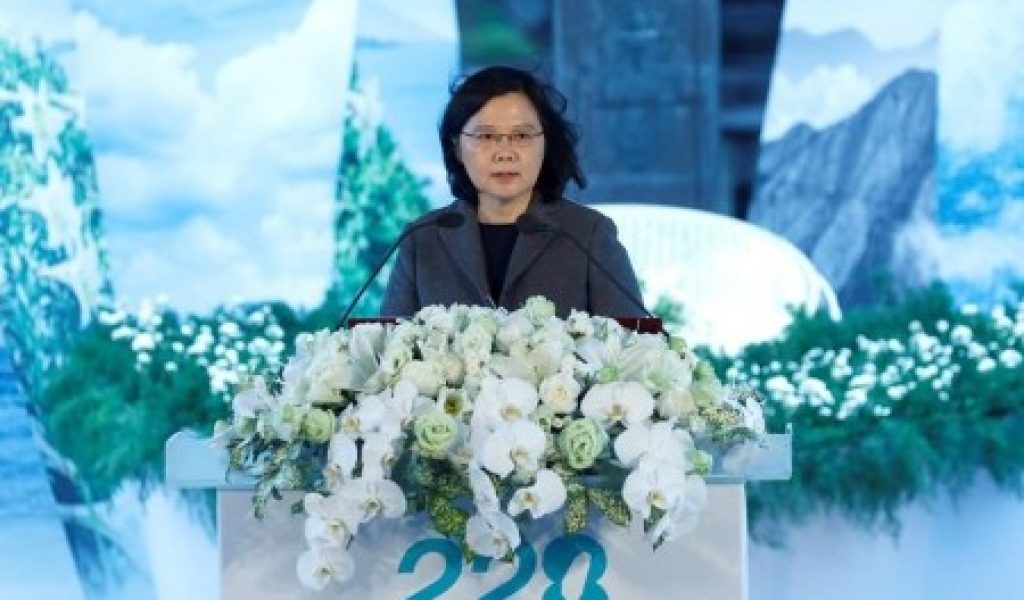 (Corrects DPP’s full name to Democratic Progressive (not People’s) Party in fifth paragraph. The author is a Reuters Breakingviews columnist. The opinions expressed are her own.) By Robyn MakHONG KONG, April 24 (Reuters Breakingviews) – Taiwan faces a bigger threat than Chinese invasion: its own economic mismanagement. President Tsai Ing-wen has outlined plans to bolster growth, including a $29 billion stimulus package, but bolder reforms favoured by the business community look hobbled by politics. The irony is that a politician whose party is defined by resistance to Beijing may leave Taiwan more dependent on the mainland than ever.

Parked 110 miles to the southeast of China, the self-ruled island of 23.5 million people has long been a strategic irritant to its giant neighbour, which views Taiwan as a renegade province and resents its de-facto military alliance with the United States. It is thus a potential military flashpoint. But Taiwan is also a positive example. It is one of the few economies to escape the so-called middle-income trap and achieve developed status by turning itself into a tech export powerhouse. Today, Taiwan is a critical part of the global tech supply chain, hosting the $162 billion chipmaker TSMC <2330.TW> and Foxconn <2354.TW>, a key Apple <AAPL.O> supplier. Its average GDP per capita on a purchasing power basis was over three times higher than China’s in 2016.

The capital of Taipei shows what an advanced ethnically Chinese economy can achieve under a democracy: a comfortable, low-key lifestyle. Taipei’s streets are full of organic coffee shops, bubble tea stands and food markets, which the friendly Taiwanese drive through on hordes of colourful scooters. Unfortunately growth has been low-key too. The Kuomintang party, which once dominated Taiwanese politics, is seen as pro-business. Yet the benefits of the party’s policy of closer ties with Beijing in recent years have not trickled down to the broader middle class. Frustration over this state of affairs handed Tsai and her independence-leaning Democratic Progressive Party a decisive electoral victory last January. The KMT is now in disarray; with the opposition crippled, Tsai and the DPP-controlled legislature have focused on catering to the base.

Graphic: Taiwan’s decade of low growth: http://reut.rs/2oCHWwl ECONOMIC MALAISE Ties with China have duly deteriorated since. Tsai has refused to make the standard public statement that China and Taiwan are a single country, drawing retaliation from Beijing in sectors like tourism. Yet even if she concedes on this issue, the reality is that demand from the mainland, the world’s largest consumer of smartphones and other electronics, is softening, and Taiwan is over-exposed to both China and tech. Exports make up almost two thirds of Taiwan’s economic output, of which over 40 percent goes to China and Hong Kong. Last year tech components made up 44 percent of total exports. At the same time Taiwan faces more competition from firms in other countries, including the mainland itself, and emerging manufacturing hubs like Vietnam.

The average growth rate has thus halved compared to the years before the global financial crisis, with GDP forecast to expand just under 2 percent this year. Wages have flattened even as housing prices leap upward. Joblessness, currently at 3.8 percent, is expected to improve this year, but educated workers and younger people still struggle to find good work. Many are leaving: some 724,000 Taiwanese work abroad, according to government statistics, more than doubled from a decade earlier. Over half are in China. Graphic: Taiwan labour market malaise: http://reut.rs/2oX0sTp A NEW AND FLAWED PLAN To revitalise the economy, the DPP has a combination of social reforms, industrial policies and trade initiatives. Last month the government unveiled an eight-year $29 billion stimulus package targeting infrastructure projects in railways, water, green energy and the digital economy. To reduce reliance on electronics, the government is trying to boost investment into areas like biotech and defence. It also wants to expand trade with Southeast Asia. Scepticism runs high.

It’s not clear if the fiscal package can be fully implemented, for one: Tsai’s term ends halfway through the plan. And top-down industrial policies promoting new sectors look unlikely to be transformative. Critics have attacked the “Asia Silicon Valley Development Plan” for ignoring more fundamental handbrakes on growth, like red tape and restrictions on foreign investment and talent. Taiwan may still hold 14th place in the World Economic Forum’s Global Competitiveness Index, yet it ranks a dismal 87th place in terms of openness to foreign capital, down from 16th in 2014. Tsai’s approach also puts her at odds with the business community. The DPP’s promises to improve benefits and lift the minimum wage, for example, please her labour-oriented base. But they have alienated private employers who want more liberalisation, not higher costs. At the same time, her popularity is sliding: a February poll showed her approval rating had dropped around 29 percentage points since inauguration.

The KMT’s pro-China policies may have hollowed out the domestic economy by encouraging Taiwanese capital to outsource production to China – a political issue in other countries as well. But if the DPP wants more economic independence from the mainland, its plan looks unlikely to deliver. On Twitter https://twitter.com/mak_robyn

CONTEXT NEWS – Taiwan separated politically from China in 1949 when the Kuomintang lost the civil war to the Communist Party. The KMT army retreated to Taiwan and established the Republic of China, which ultimately transitioned to a democracy. Both parties have historically claimed to be the sole legitimate governing party of all of China. – Relations between Taipei and Beijing have been strained since President Tsai Ing-wen took power in Taiwan last year. Unlike previous leaders, Tsai has refused to publicly endorse the “One China” principle, which implies that the two sides will reunify eventually. Beijing has said it will offer Taiwan a “one country, two systems” compromise similar to that in Hong Kong, but has never renounced the use of force to take what it regards as a breakaway province. – Taiwan’s export orders, a leading indicator of actual exports two to three months ahead, grew 12.3 percent year on year in March. That beat the average forecast of 10 percent from economists polled by Reuters. – In February, Taiwan raised its 2017 economic target to 1.92 percent, higher than the 1.87 percent forecast in November, on the back of stronger global demand for tech components like semiconductors for Apple’s new iPhone and other gadgets. – For previous columns by the author, Reuters customers can click on [MAK/] –