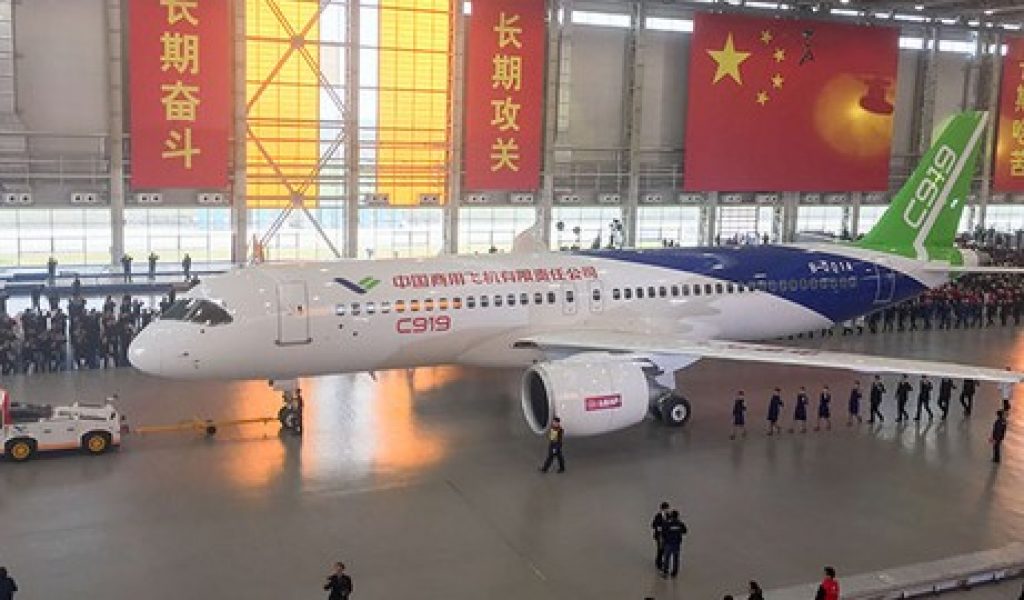 China’s aerospace industry is high on 3D printing technologies adoption, with manufacturers using the technology and specialty metals in the developments of airliners.

This breakthrough paves the path for China to transform its traditional manufacturing economy.

The government has recognised that 3D Printing is a strong enabler to China manufacturing’s overall growth.

“We will see more use cases on the adoption of 3D printing technologies in the aerospace industry. For instance, General Electric (GE) acquired two metal 3D printer manufacturers, Concept Laser and Arcam, in which they have been providing 3D printers to aircraft parts manufacturers,” said Wendy Mok, research manager of IDC’s Imaging Printing and Document Solutions research.

C919 is using 3D printed titanium parts to reduce the airliner weight and increase its safety.

It boasts 28 cabin door parts and two fan inlet structural parts. While the existing parts on C919 were largely made in China, critical parts were still made by foreign suppliers.

The imported 3D printers are very reliable and have several successful use cases in related industries. Due to this reason they have held a significant competitive advantage over domestic ones in China’s high-end manufacturing sectors.

“Outsourcing 3D printing services will save the initial investment cost and enables the manufacturers to focus on product development. Moreover, individual suppliers could provide services and parts according to their product portfolios. Such collaborations will help improve the overall product quality. This business model also provides 3D printer vendors a point of penetration,” said Mok.