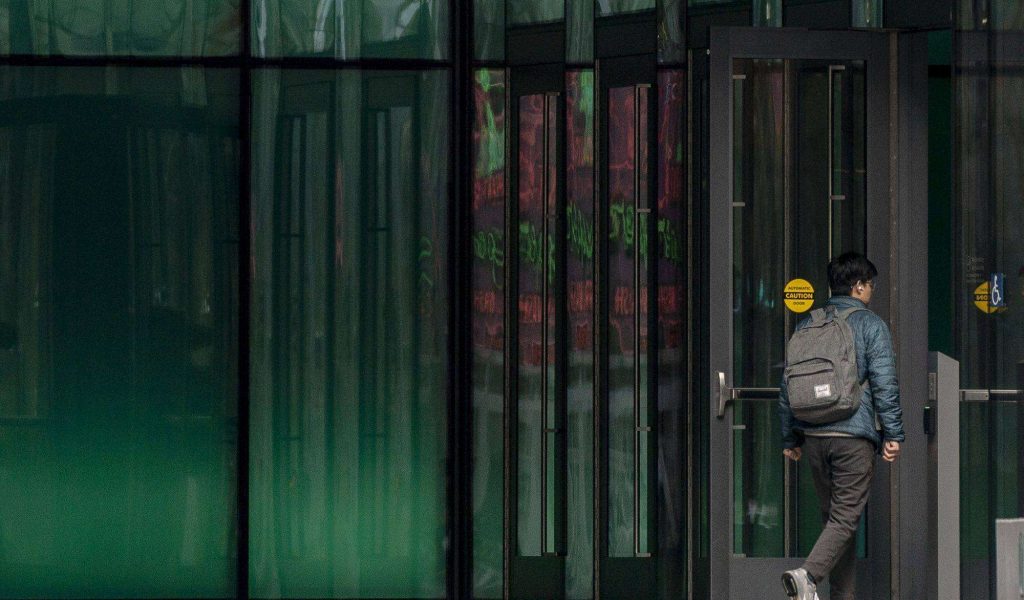 November 9 would have been just another normal work day at Meta Platforms for Wang, if Mark Zuckerberg had not dropped a bombshell announcement.

In a 1,182-word letter, the tech billionaire and CEO revealed that the Menlo Park, California-based company was slashing 11,000 positions – about 13 per cent of the workforce supporting the largest social media network on the planet.

“I want to take accountability for these decisions and for how we got here,” Zuckerberg wrote. “I know this is tough for everyone, and I’m especially sorry to those impacted.”

Mark Zuckerberg, CEO of Meta, speaks during the virtual Facebook Connect event, where the company announced its rebranding as Meta, in October 2021. Photo: Bloomberg

Wang, a Chinese national who only agreed to be identified by his last name, was among those who were surprised to be laid off by the Facebook owner on that crisp autumn day.

Wang, a Chinese national who only agreed to be identified by his last name, was among those who were surprised to be laid off by the Facebook owner on that crisp autumn day.

Within hours of receiving his termination notice, Wang’s access to internal systems and servers was cut, barely giving him enough time to hand over his duties to teammates. His email account stayed active for the remainder of the day, however, giving him time to bid farewell to more fortunate colleagues, who were spared from one of the largest job cuts in Silicon Valley last year.

“I didn’t expect it [to happen to me], as I was on a top-priority project”, Wang said in a telephone interview from Boston. “Mark even presented our work at Meta Connect in October,” he said, referring to the annual virtual reality event where Zuckerberg debuted full-body avatars last year.

Wang remained on Meta’s payroll until mid-January, which gave him eight weeks of extra salary – a payout that he acknowledged as being “generous”, considering that he had been a full-time employee for less than a year.

Across town, food delivery platform DoorDash trimmed 1,250 employees, or 6 per cent of its workforce, on November 30. The cuts were so abrupt that some of the staff only learned through social media that their corporate accounts and system access had been terminated.

By submitting, you consent to receiving marketing emails from SCMP. If you don’t want these, tick here

“It happened too fast and I didn’t manage to say goodbye to my colleagues,” said a former DoorDash data scientist, who only gave her surname as Li. “Some of them expressed concerns after we reconnected on LinkedIn.”

Despite receiving a severance package that includes 17 weeks of extra salary plus extra stock options, Li promptly kicked off a job search.

But finding new employment can be hard with multiple American tech giants reducing their payrolls, contributing to a surge in talent supply.

Li, who has over five years of work experience, has yet to hear back after submitting a handful of applications. Wang, who has worked nearly seven years in the tech industry, said he applied to more than 20 companies, but has yet to receive an offer.

“I have to face the reality that I may land a lower-paying job, or join a start-up that isn’t very stable or generous,” Wang said.

A pedestrian walks in front of the new logo of Meta Platforms at its headquarters in Menlo Park, California. Photo: AFP via Getty Images

Some of his American peers do not seem as worried. Wang said the other person laid off from his team at Meta, a US citizen, had planned to sleep through the holiday season, while contemplating the next step forward

Most foreign tech workers who lost employment cannot afford to sit back and relax. Many are in the US on temporary H-1B work visas, which must be sponsored by an American employer. Once they lose their job, many workers have only 60 days to find another sponsor before their visa expires.

Wang’s case is unusual in that he can fall back on his wife – also a Chinese citizen employed on an H-1B, which lets him stay in the US beyond the grace period by applying for a spouse visa.

Li, who has already obtained US citizenship, can also stay put.

But for tens of thousands of other Chinese nationals in Silicon Valley, many may find their American dream dashed as lay-offs spread through the tech industry.

A person walks past a Microsoft signage at the company’s headquarters in Redmond, Washington. Photo: Reuters

Among the 407,000 H-1B petitions approved between October 2020 and September 2021, Chinese applicants made up 12.4 per cent, or roughly 50,500 people – the second-largest nationality group after Indians, who accounted for 74.1 per cent, according to data from the US Citizenship and Immigration Services.

The latest job cuts at Meta and Twitter – which sacked half of its 7,500 staff after new owner Elon Musk took over – already affected some 350 H-1B holders, Bloomberg reported in December. Globally, more than 152,000 tech workers were laid off last year, including more than 51,000 in November, according to Layoffs.fyi, a website that tracks job cuts at tech companies.

On 1Point3Acres.com, a popular online community for Chinese international students and working professionals in North America, #USLayoffs has already been a trending topic for weeks. Many posts under that topic concern visa issues.

“If you’re single, you can try transferring to the B-2 tourist visa to stay longer, or you have to leave the US and come back with a job offer,” one user commented, giving advice to another user recently laid off by autonomous trucking company TuSimple.

“If you have a family, it’ll be much easier. Building a team matters when it comes to first-generation immigrants.”

“During this cold holiday season, I realised how insignificant one person’s endeavour is in the course of history,” another user wrote.San Francisco’s downtown skyline, capped by the 61-story Salesforce Tower. Photo: Bay Area News Group/TNS

The tech sector succumbed to a sudden downturn in the second half of last year after a pandemic-driven digital boom gave way to accelerating inflation and rising interest rates. The composite index of the tech-heavy Nasdaq stock market dropped by over 30 per cent in 2022.

Microsoft announced last week that it was cutting 10,000 workers. Amazon has started axing more than 18,000 roles around the globe. Cloud enterprise software firm Salesforce said it was laying off 10 per cent of its workforce.

Those who remain employed for now are starting to worry about their future.

Amazon employee Jerry Zheng, who hails from southern China, said that when the job market turns good, he “may consider job-hopping”. “But as the macro environment sours, I’ll just do my job … there are too many people looking for a job now,” he said.

A current Meta employee surnamed Shen said she was emotionally distressed by the wave of lay-offs in the industry. “Of course I’m upset, maybe even more upset because I can stay … Many colleagues were still working when they learnt that they had been laid off,” she said.

Even so, employment at an American tech company remains a top career choice for many Chinese immigrants.

On the 1Point3Acres.com forum, two of the top-trending topics have been #IsItTooLateToLearnCoding and #HowArtandBizMajorsBecomeProgrammers. Some users sought advice on finding a tech job with an academic background in finance, literature, education and other non-computer science areas.

Amazon’s Zheng was one of those who took that indirect route to Silicon Valley. Before going to the US, he wanted to enter academia in China. That plan fell apart when he realised he was not that interested in biology – the subject he chose to study. He then flew to the US, finished postgraduate study, found a job as a software engineer, and eventually started a family there.

Wang, the former Meta employee, said he had never thought about going back to China given the expensive housing and the gruelling “996” work schedule – 9am to 9pm, six days a week – widely adopted by domestic tech companies.

China’s tech sector has also been struggling with its own job losses amid a global economic slowdown.