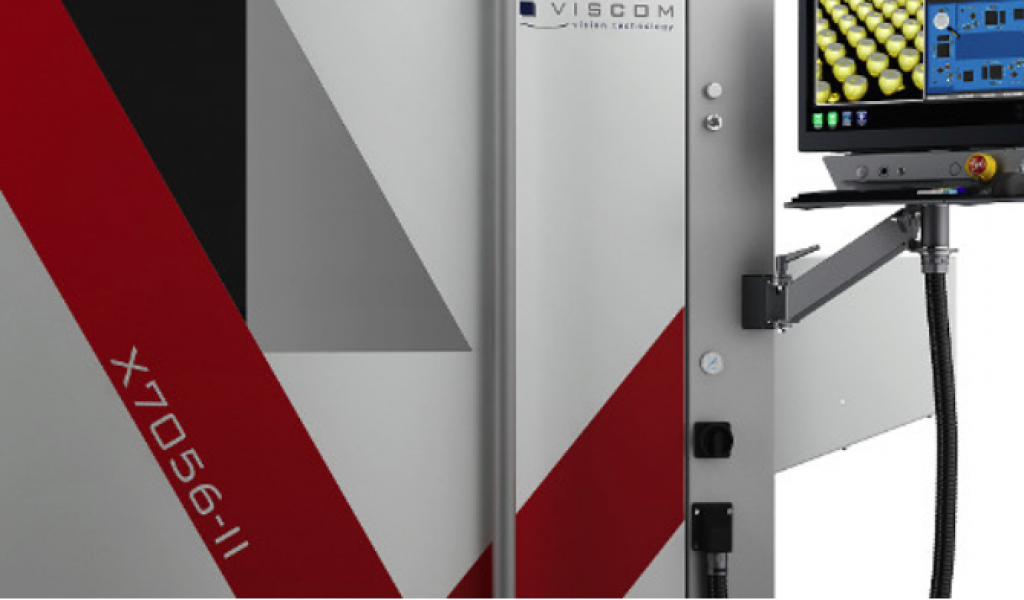 The X7056-II system is ideal in production lines that require high throughput despite extensive inspection of hidden solder joints.

Viscom AG has introduced its latest system for automatic 3D X-ray inspection, the X7056-II, for use in high-end electronics production.

The X7056-II system features automatic X-ray inspection (AXI) in the 3D variant, promising high-inspected product quality, according to the company. It offers a high 3D image quality that shows interfering structures considerably reduced. Together with fast handling, the X7056-II is the optimal solution for sophisticated 3D inline X-ray applications, according to the company.

The system is based on FastFlow, the fast handling option for Viscom AOI systems. With FastFlow, the system is ideally suited for use in production lines that require high throughput despite extensive inspection of hidden solder joints, according to the company. Through use of FastFlow, the time needed for component infeed and outfeed is cut by more than half, and up to four boards can be in the system simultaneously. Due to the time saved, 3D inspections, which used to be done selectively, can be expanded to cover far more than just individual components.

Because the system uses 3D, users have the benefit of an unshadowed view of components and hidden solder joints. The X7056-II, with the help of the planar CT, can automatically resolve any covered areas on double-sided printed circuit boards to clearly reveal important defect features and allow exact evaluations. During periods of high packaging and placement densities, this results in fewer false calls and so more efficient production. This also makes program generation simpler.

The system, like its predecessors, can also be expanded to an AOI/AXI combination system, according to Viscom.