Made in PH trains ready to roll but… 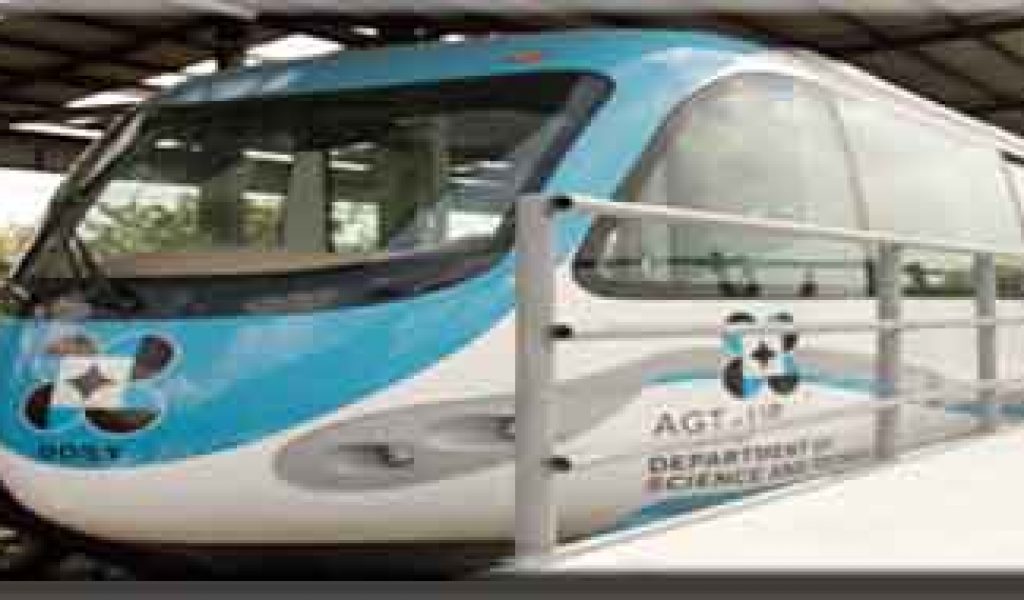 Homegrown and built by Filipino engineers, local trains are just about ready to leave the station.

Prototypes of the Automated Guideway Transit (AGT) system – unmanned, fully automated transit vehicles steered on a fixed guideway – are running at the University of the Philippines (UP) campus in Diliman, Quezon City and
at the Department of Science and Technology (DOST) complex in Bicutan, Taguig City.

“The AGT was built to demonstrate that we have the capability to come up with a homegrown solution to the country’s need for an alternative mass transportation technology,” said  Rodnel Tamayo, chief of the Materials and Process Research Division of DOST’s Metals Industry Research & Development Center (MIRDC) that developed the country’s first locally-made trains.

“With the AGT, we have demonstrated the ability of local engineers and designers. Its adoption and commercialization will make the Philippines more technologically self-reliant,” Tamayo said during discussions on local trains and mass transportation.

In February, a team from AGT conducted a site visit in General Santos City where the local council has agreed to a pilot commercial AGT, probably the first in the country. In March, the Cordillera Administrative Region reviewed and commented on the draft terms of reference for the full blown feasibility study of AGT for Metro Baguio.

This year, the project team plans to develop the commercial prototype to be certified by DOST experts.

Another project is the Hybrid Electric Train developed to improve the operations of the Philippine National Railways (PNR) while lessening production and operational costs.

The prototype train set is composed of five coaches, four of which have a normal load capacity of 192 passengers per coach. The fifth coach serves as the power coach that houses the diesel generator set and batteries. The coaches have been fabricated and completely assembled locally by MIRDC and Fil-Asia Automotive & Industries Corp., a local bus-body manufacturer.

On April 17, the prototype hybrid electric train, developed at a cost of P151.185 million from January 2013 to December 2016, will start performance testing and evaluation on a three-kilometer PNR track that runs through the UP Los Baños campus.

There is no lack of local expertise to make the trains; safety certification, however, needs to be in place.

“There are several experienced and highly qualified companies and manpower,” said Jose Aquino, president of Fil-Asia which also made the AGT coaches, pointing out the fabrication of train coaches is somehow similar to making bus body which practically uses the same tools and equipment.

“All materials used in the manufacture of AGT from the smallest parts to the biggest component are locally available or can be sourced through local suppliers,”Aquino said, adding the bus manufacturing industry “is ready to manufacture and mass produce the AGT.”

Dr. Deo Manalo, operations director of Metro Rail Transit line 3, one of AGT’s prospective users, said further testing is necessary and safety standards need to be developed. An independent assessor needs to certify the AGT is safe for commuters.

“Once certified, it would be ready for commercial operations,” said Manalo.

“DOST should invest on a longer test track to test acceleration, deceleration, emergency braking, switching, emergency evacuation and so on,” said HerveLaumond, vice chairman of Systra Philippines which was commissioned by the National Economic and Development Authority to do a feasibility study on the AGT in technical, financial and economic terms.

“The AGT system shows potential and reveals effective and encouraging results, given the tight budgets, limited team and relatively short period of time spent for development. AGT’s future should focus on the development of an integrated transport system that includes all related systems and subsystems, rather than just a rolling stock technology,” Laumond said.