‘Make In India’ and productronica India 2015 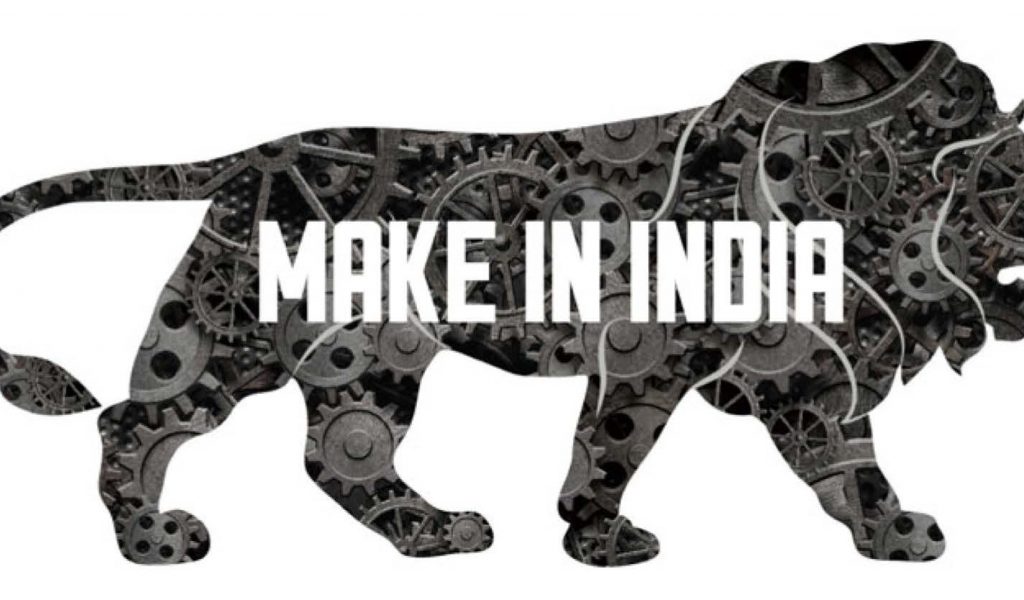 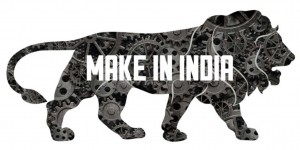 Make In India’ was a bold initiative launched a year ago by the then recently elected government of Mr Modi. A major new national program, it was designed to facilitate investment, foster innovation, enhance skill development, protect intellectual property and build a best-in-class manufacturing infrastructure.

Not just in electronics, but in all areas on manufacturing, ‘Make In India’s first year has approved 24 new manufacturing clusters and seen direct foreign investment rise by over 40%, after opening many sectors to DFI, including Defense, Railways and Medical Devices. The Government is also working hard to streamline the procedures to assist the inflow of foreign investments and also improving the judicial process for enforcing contracts and resolving disputes quickly.

‘Make In India’ is also going to get a big infrastructure push to improve connectivity and economic growth, indeed the Commerce and Industry Minister recently stated that infrastructure improvement was the top priority of the government. This should overcome many of the obstacles that have held back the growth of this potential manufacturing powerhouse for many years. 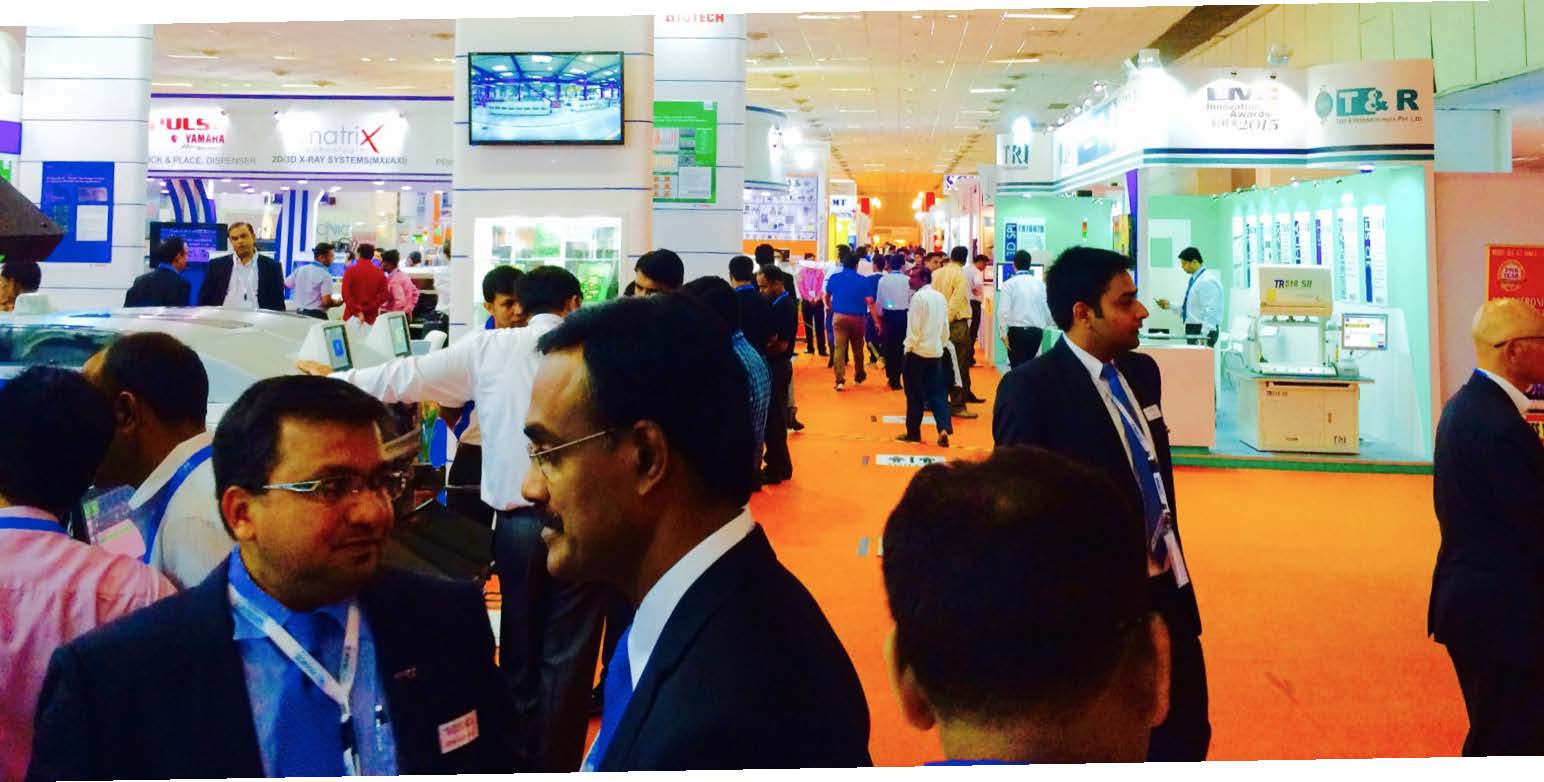 Some interesting numbers; Manufacturing output growth is around 4% month on month, consumer durable sales grew over 10% last month as did capital equipment purchases. 1,200,000 phones were shipped to consumers in July and August with almost 60% being Smartphones. This is possibly the fastest growing Smartphone market in the world, with Samsung the dominant force and local companies in second and third. These numbers are part of the reason for a proposal to reopen the Nokia factory in Tamil Nadu, which closed after Nokia sold to Microsoft. At its height the factory produced huge numbers of feature phones each day and supported employment for 40,000 people. The plan is to have the factory producing 100,000 a month within 6 months of starting.

‘Make In India’ is also going to get a big infrastructure push to improve connectivity and economic growth, indeed the Commerce and Industry Minister recently stated that infrastructure improvement was the top priority of the government.

Joe Kaeser, Siemens Chief Executive, is betting big on India with plans to invest another €1 billion, he said “what I still see and what I am really impressed about is his (the prime ministers) determination and his will to bring his country and his people to where they deserve to be”. So ‘Make In India’ is really taking off, I have said for many years there is huge potential here, now it seems to be starting to happen and I hope that this momentum will quickly grow into a force, which will sweep India and its people towards a much better future. 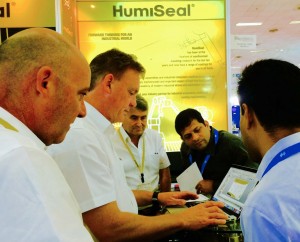 So on to the show, Productronica India 2015 was held in Delhi, together with its sister event Electronica who held it’s 2014 event in Bangalore. There are groups of attendees that prefer each venue seperate because they bring in different audiences. Being almost 1,800 Kms apart as the crow flies, it is about 2,400 Kms by rail and can take more than 43 hours. This explains why the shows bring in different audiences. The growth of over 40% floor space and larger visitor numbers led me to ask Bhupinder Singh, Deputy CEO of Messe Munchen International, India, the man responsible for the show, if there was a plan to hold two shows a year rather than rotate venues year on year. He felt that the market was not yet big enough, but certainly over the coming years it should be investigated. This makes sense against a backdrop of increasing visitor numbers and more exhibitors, one of the few major Electronics events, which can boast this. At least one could be a strong Conference with a smaller exhibition and the large event could alternate venues each year.

When was the last time you saw billboards on the Expressway and large adverts in National newspapers for an Electronics show? Well my last time was just before Productronica India 2015! The pre show publicity for this event was amazing, even the staff at my hotel were aware of it and one was so interested they came to the show to see what all the hype was. The promotion for the event was some of the strongest I have seen and every effort was made to bring in visitors. From VIP invitations and hospitality, through 3 strong conference themes to a meet the Buyer event and IPC hand soldering competition

According to Mr. Bhupinder Singh, MMI India: “This edition of Electronica India and Productronica India received a tremendous response from visitors and exhibitors alike. A major highlight of the trade fairs was the Buyer-Seller meet. This fulfilled the requirements of large electronics components suppliers and manufacturers by connecting them with the best suppliers. The buyers got the chance to shortlist the suppliers based on their requirements and engage in a focused, one-on-one discussion. “We have been participating at Electronica India and Productronica India trade fairs for the last four years. This year we feel the service levels and facilities for exhibitors is much better. There have been more conferences and seminars than the previous year, the buyer seller conferences have also been well organised and interactive“, said Alex Oh, Deputy General Manager, Hirose Electric, Singapore. Mr. Praveen Joshi, VP, Sales & Business Development, NMTronics Pvt Ltd, who had one of the largest stands, said: “We have been demonstrating the government’s ‘Make in India’ initiative by exhibiting our whole range of products that are generating good enquiry levels. Overall the market has been good and our experience has been very positive with serious delegates and business visitors. We already have committed our participation for next years event.”

I must say that the mood of exhibitors and visitors at the show was very positive and enthusiastic, many mentioning ‘Make In India’ and saying that this was generating a great feeling throughout the whole industry. 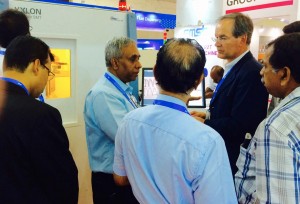 Electronica India and Productronica India 2015 ended with an outstanding result: 15,435 visitors and 352 exhibitors, representing 634 companies, showcasing their products, solutions and services. Both exhibitors and visitors were extremely satisfied with the results of the trade fairs. I was impressed from beginning to end and am already looking forward to seeing the effect ‘Make In India’ will have on the Electronics manufacturing industry and this event in 2016. Many people say India is a tough place to do business, I hope the Government will quickly improve this and then the phrase will be ‘India is a rewarding and dynamic place to do business. Then the potential lying dormant for years will start to be fulfilled and India will take its rightful place on the world stage of electronics manufacturing.

I must say that the mood of exhibitors and visitors at the show was very positive and enthusiastic, many mentioning ‘Make In India’ and saying that this was generating a great feeling throughout the whole industry. It gave the show a real buzz, which I have not witnessed for quite a few years at an exhibition and will give the country optimism as it surges forwards.