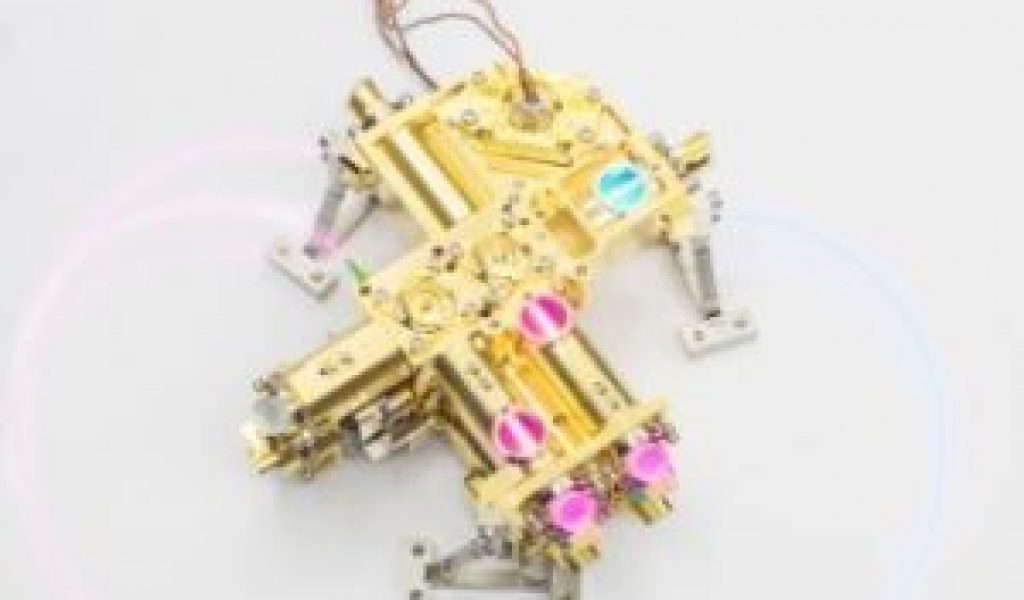 Fraunhofer has developed a quantum source, which would be used in satellites. In theory, the source generates entangled photons and transmits them to Earth from a satellite. They would serve to distribute secure keys for encrypting data.

Quantum communications follows the same basic idea. PicoQuant, a supplier of instruments, has a good explanation of the technology.

China has already developed a quantum satellite. Last year, China launched a 2,000-kilometer quantum fiber link that connects Beijing and Shanghai, a technology that the nation claims is impossible to hack. The system can also transmit data from one point to another via space using a quantum satellite, enabling secure ground-to-space communications.

Entangled photons can be transmitted using fiber optic cables, but this could impede the performance. “A far better option is to piggy-back the quantum source on a satellite and send it into low Earth orbit, where it can transmit the twinned light particles down to the planet from an altitude of 400 kilometers with minimal disturbance,” according to Fraunhofer.

Europe hopes to send its first quantum satellite into space in four years. A key to the technology is a satellite source. When used in a satellite, Fraunhofer’s quantum source involves a process in which the light from a laser beam hits a non-linear crystal. This, in turn, can generate 300,000 entangled photon pairs per second, enabling sensitive messages to be securely encrypted via light. 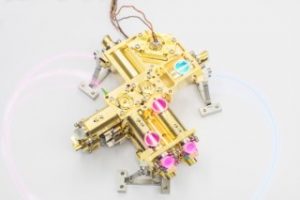 The quantum source generates entangled photons and transmits them to Earth from a satellite, where they serve to distribute secure keys for encrypting data. Source: Fraunhofer

In the system, the polarization from two photons are entangled. This allows two parties to produce and share keys. They can detect if a third-party attempts to intercept their communications. “The quantum source’s stability and performance presented the greatest challenges because the loss rate is still high on the way through the Earth’s atmosphere. This is why it is so important to generate as many entangled twin photons as possible to maximize the number of photons that reach the communicating parties on Earth,” said Fraunhofer project manager Oliver de Vries. “We optimized the quantum source’s stability with a smart design, effective inorganic bonding processes, and robust materials that do not expand much in the event of temperature changes.”

Quantum consortium
The U.S. Department of Commerce’s National Institute of Standards and Technology (NIST) has signed a research and development agreement with SRI International to lead a U.S.-led consortium focused on quantum science and engineering.

With funding from both the government and private-sector member organizations, the QEDC will:

*Develop a workforce for quantum technologies.

*Identify challenges to accelerate the development of the technology.

*Develop supply chains as well as a model of sharing of intellectual property.

“The consortium provides a forum for industry to share views on development of a quantum economy,” said Acting Director of the NIST Physical Measurement Laboratory Carl Williams. “These industry insights can then help NIST, the Department of Commerce, and the rest of the federal government scale our basic R&D portfolio.”

The effort, called the Advanced Quantum Testbed (AQT), will explore the development of superconducting quantum processors and evaluate how they can be used in advance scientific research. Berkeley Lab will collaborate with MIT Lincoln Laboratory to deploy different quantum processor architectures.

AQT will operate as an open resource for the community. It is open to external researchers to evaluate superconducting architectures. “With this testbed we will ask and evaluate the basic questions needed to guide the future development of quantum computers,” said Irfan Siddiqi, Berkeley Lab scientist and AQT director, on the organization’s Web site. “We are the first to commission an instrument to look at this problem end-to-end in an open research collaboration between academia, industry, and the national laboratories. This means that we won’t rely on any one entity for all of the answers. Instead, we will use a tried-and-true scientific approach – we will seek out the best ideas, hardware, algorithms, etc. and combine all of that expertise to communally build a quantum testbed.”