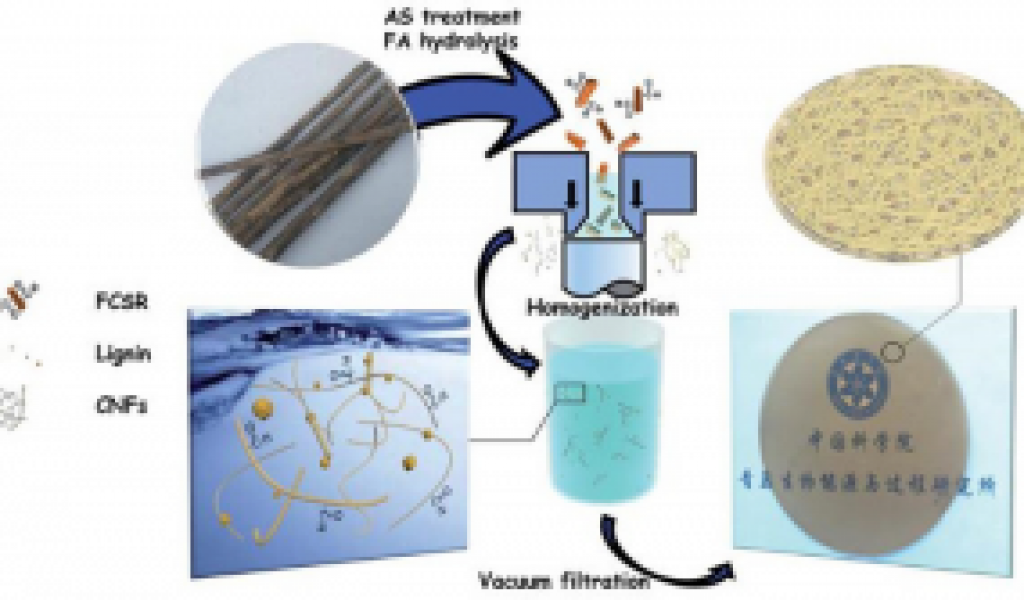 The Qingdao Institute of Bioenergy and Bioprocess Technology (QIBEBT) of the Chinese Academy of Sciences in China has developed a new type of cellulose nanopaper (CNP).

CNP is a renewable material with good mechanical and optical properties. Potentially, CNP could be used in several applications, such as electronic devices, visual display substrates, batteries and barrier materials.

The problem? It is sensitive to water. This, in turn, impacts the strength and durability of the materials.

To overcome this issue, researchers from QIBEBT devised an ammonium sulfite cooking process with formic acid hydrolysis. This, in turn, isolated the lignin-containing cellulose nanofibrils (CNFs) from a tobacco stalk, according to researchers.

This, in turn, enabled researchers to make strong, flexible, and water resistant CNPs. The tensile strength of the CNPs is 255 MPa and 19.7 MJ m−3, according to researchers. This compares to traditional products at 179 MPa and 12.8 MJ m−3.

The resulting CNP could be used in many fields. One application is to replace petroleum-based materials in various products. 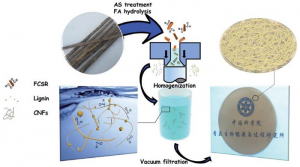 Schematic diagram of the preparation of lignin-containing CNP. (Imaged by WANG Qingbo)

Superconducting MoPs
A team from the Chinese Academy of Sciences has discovered a new superconducting material by applying extreme pressure on a compound.

The Institute of Solid State Physics, the High Magnetic Field Laboratory, and the Hefei Institutes of Physical Science from China have discovered the superconducting properties of molybdenum phosphide (MoP). Superconducting materials can conduct electricity with zero resistance.

Researchers have demonstrated the pressure-induced superconductivity in a MoP at a critical transition temperature. To test the material, researchers applied pressure to the material using a diamond anvil cell (DAC). Then, they measured the temperature-dependent resistivity.

“The results show that superconductivity emerges in MoP with an onset critical temperature Tc of ca. 2.5 K at ca. 30 GPa. Upon further increasing the pressure, Tc was enhanced to 4 K at 95 GPa,” according to researchers.

To measure the changes, researchers used a synchrotron-based X-ray diffraction (XRD) system at the Advanced Photon Source of Argonne National Laboratory. “No structural phase transition was observed in MoP up to 60 GPa,” according to researchers. 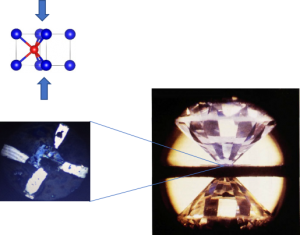 Micrograph of sample in contact with four electrodes inside the DAC. (Image by CHI Zhenhua)

TCOs combine two properties of high-optical transparency within the visible spectral region. They form the basis of photovoltaics, flat-panel displays, and smart windows.

For n-type TCOs, researchers recently found that La-doped BaSnO3 thin films have wide bandgap and high carrier mobility. “The achievement of n-type BaSnO3 thin films with high mobility by such solution method will give a guidance for the fabrication of large-area touch screens,” said Zhu Xuebin, a scientist with the Institute of Solid State Physics.