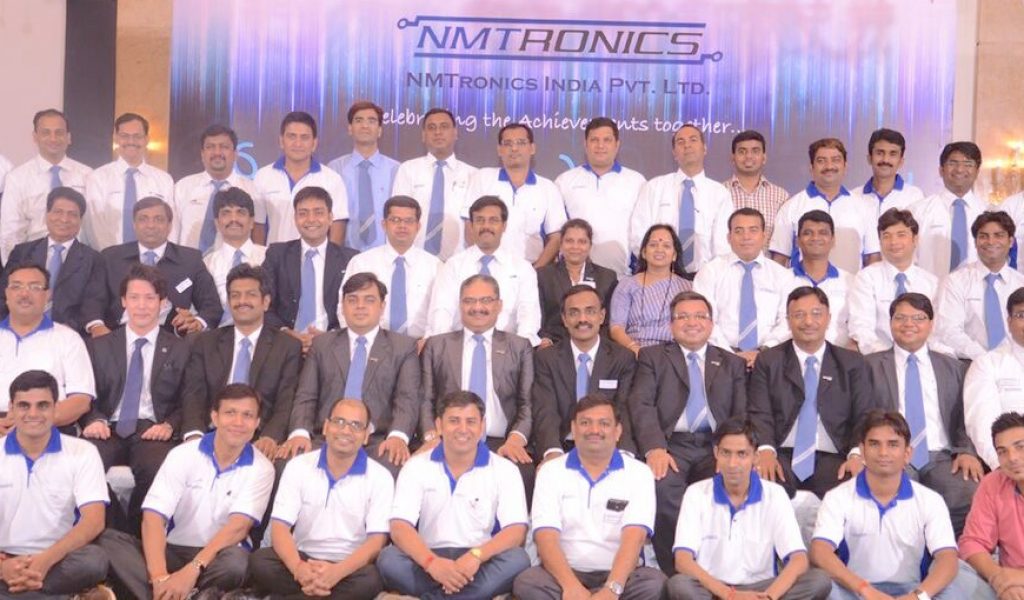 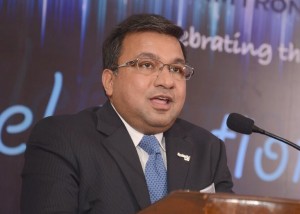 There is a saying that timing is everything and Mr Soni Saran Singh of NMTronics, India has managed to time his growth strategy to perfection.
Just as his country is benefiting from the first year of the ‘Make in India’ government initiative and the mood of the whole electronics manufacturing industry is buoyant, he embarks on a huge undertaking.

In addition to being Platinum Partner of Productronica India 2015 and getting benefit from the huge pre show marketing campaign and strong at show branding, also supporting MINT (more later), NMTronics had the largest presence at the show. This should have guaranteed the lions share of the business visitors would visit their stand and it worked as his team were busy all day long for the 3 days of the show. Reporting high numbers of good leads and even sales during the event, a good payback for the investment. But this was only part 1 of a 3 part strategy designed to get maximum benefit from the investments which will result from the improvements in the business climate. 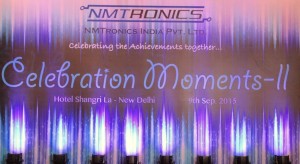 Part 2 took place on the second evening of the show in the Ballroom of the Shangri-La hotel. The event was named Celebration Moments 2, a cocktail dinner for over 200 people, the whole team, key customers and supplier partners.

After the speeches there was an awards ceremony, first for those team members with 10 years service, then 5 years and there were lots of them. This struck me as interesting as good technical and sales people are at a premium in our industry in India and it shows the quality of a company if it can retain staff in this environment. Those who picked up the microphone spoke of growing within the organisation and feeling part of the company, family was a word used by several of them. There were then awards for people who had gone the extra mile for the company with regard to the exhibition or MINT (more later), some of whom had worked 12 hour days, 7 days per week for quite a while. Then the evening was given over to good food, nice Indian wine and interaction within a relaxed atmosphere, with music and even dancing later, a great time was had by all. 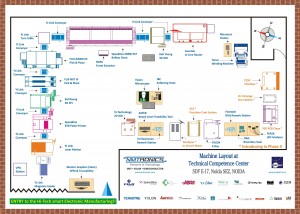 Part 3 started on the Monday after the show it runs for 3 months and is by far the biggest, boldest and most expensive part of this trilogy. MINT, Make in India Through NMTronics and iNETest is the headline of this event. Held at their Technical Competence Centre in Noida, it has its own logo and even a mascot.

Equipment on display at the show was packed, moved and reinstalled over the weekend, a great feat of organisation and skill in itself. So the demonstration facility was ready for invited guests on Monday morning.

Live assembly and full testing of PCBs can be a potential disaster as many have seen from these features at shows around the world, so having a line of ‘state of the art’ machines with a full set of test equipment is a brave move. Manufacturing and testing a well-designed assembly personalised for each visitor and containing everything from 01005s, through µBGAs to a battery holder in front of the visitors, is very brave.

The equipment list is huge, 38 pieces in total, including Fuji NXT III, and AIMEX IIS, MPM BTB 125 Printer, Electrovert OMNI ES7 oven, Koh Young 3D SPI and 3D AOI, Aurotek fully automatic In-Line Depaneling Machine, also Boundary Scan by JTAG, Teradyne ICT, YXLON Cougar SMT X-Ray, and VI [2D] AOI plus VISION Stereo Microscope and JBC Soldering Tools. I was lucky enough to visit the facility and see it working first hand, and it really is a tremendous achievement for all concerned. While I was there every piece of kit performed perfectly and it was interesting to see the speed and the accuracy that a large number of 01005s were placed onto the board. The whole area is very clean and visitors are kitted out with shoes and ESD safe jackets, it looks just like you could use it as a sub contract assembly facility straight away. This is not a demo room or an area to show a few machines nor is it pretending to produce a product, this is the real thing with production and test equipment doing what it is meant to do, fully working and producing real product. There can be no better way of demonstrating capability to potential customers than this, if you are brave enough to do it. 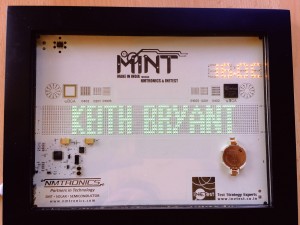 The Assembly is routed in-line to produce an LED lit nameplate, displaying the time and room temperature and two key fobs. They are packed into a presentation box after the nameplate is put into a nice frame. It is completed by a USB cable and plug; there is even the option of a branded portable charger unit. A great memento of your visit to this facility and a real demonstration of the ability of the equipment and the team running it, demonstrating a passionate commitment to excellence across the board.

Without doubt this is the best live assembly line I have seen anywhere in the world, I am sure the people invited to visit it will agree too. If ‘Make in India’ is the catalyst for growth in the Indian Electronics Manufacturing sector that NMTronics and iNETest will be two of the main driving forces supplying this growth. It would seem that their timing is perfect and should bring them much success. Sorry almost forgot to mention, they will be inviting key visitors to visit until the MINT event closes at the end of this year, perhaps there will then be Celebration Moments 3, hope I get an invite!