Robots Won’t Save the American Dream 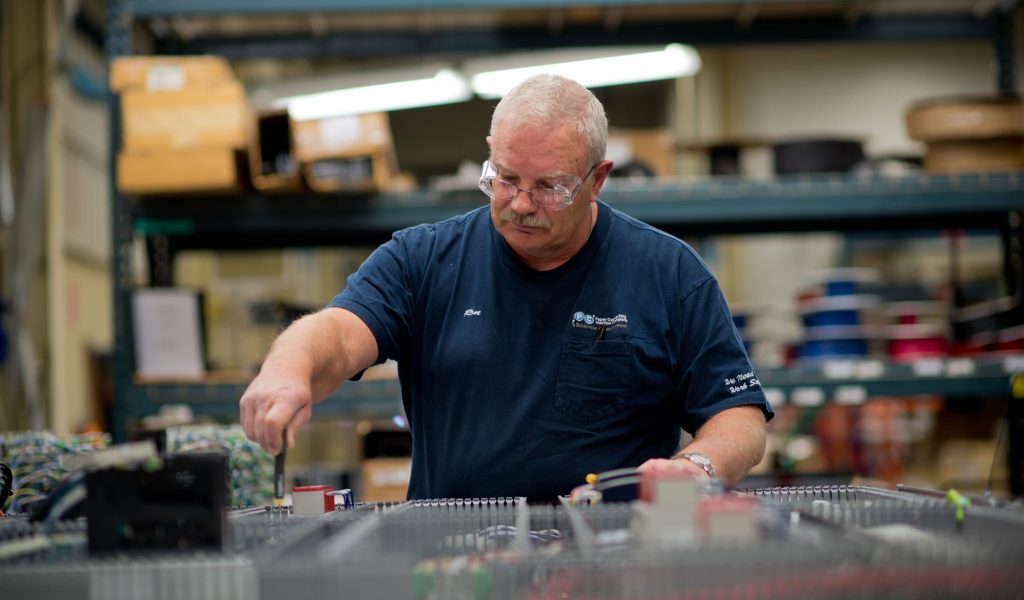 Recently, Jack Ma, Executive Chairman of Alibaba Group, was quoted in a CNN story saying “In 30 years, a robot will likely be on the cover of Time Magazine as the best CEO… Robots are quicker and more rational than humans, and they don’t get bogged down in emotions — like getting angry at competitors.”

They don’t get bogged down in emotions? Quicker and more rational? It’s interesting that every major industrial innovation takes us further and further away from emotion, and in turn, human to human interaction. And it’s not a matter of resisting industrialization or advancement, it’s about realizing what happens when we begin removing people from the equation in business – bit by bit, little at a time. And, in doing so, we deny them the opportunity for one of the most basic needs: fulfillment.

A Gallup statistic I’ve quoted for a long time says that the number one determinant of happiness worldwide is a good job. Here’s another Gallup quote with resonance, this time from a recent column:

…the great American dream is to have a good job, and in recent years, America has failed to deliver that dream more than it has at any time in recent memory. A good job is an individual’s primary identity, their very self-worth, their dignity — it establishes the relationship they have with their friends, community and country. When we fail to deliver a good job that fits a citizen’s talents, training and experience, we are failing the great American dream.

Many say this was a huge factor in the 2016 election, but how did we get to this point? Better yet, maybe we should ask ourselves how and when our leadership in business began to fail “the great American dream.”

If you look at the Industrial Revolution, when Henry Ford started making Model T Fords, mass production was about mass production. It was not about human dignity or human growth.

There were many economic benefits. We give great credit to the Industrial Revolution for raising the standard of living in our country, which isn’t a bad thing. Factories for cars, shoes and appliances came to small communities.

Henry Ford paid people fairly well, compared to what they could make on a farm. But we took a farmer who had a craft and a pride in his craft, (though also an unpredictable income stream) and we gave him a job in a factory. And he went from being a craftsman in his trade or working on a farm and we put him on an assembly line where he put on a hubcap every 15 seconds.

Then we measured how fast he put on those hubcaps and we thought, maybe we can get him to do this in 12 seconds. Why? Not to create a more meaningful role for this man or woman, but because we wanted to make more money. We wanted to get our cost down so people would buy more cars. We were enamored with mass production and the wealth it created.

And, because we were focused on wealth creation and not people, Unions were formed to protect the people we employed because we were more interested in our product and our customers than our people.

All of a sudden, in the 1950s and early 1960s, America started facing more international competition. Their prices were lower than our prices. Once this happened, we decided we couldn’t afford to give that skilled assembly worker in Evansville, Indiana or Toledo, Ohio $15 an hour anymore.

To maintain our profits and compete, we started moving good paying jobs to places like Mexico, then to Brazil. Factories in Evansville and Toledo were abandoned. Now we’ve moved those jobs to China, because we’re constantly in the search of the person who would work for considerably less than the last person.

Eventually, those more price competitive imports were of good or better quality. So we went overseas to study innovations in industrial process improvement like Toyota’s Lean. But again, it was never to enrich the person’s experience, it was to eliminate waste. It was never about allowing people to express their gifts fully.

That’s the piece business has lost and that’s the piece we’ve found on our journey at Barry-Wehmiller. People are capable of doing amazing things if we just give them the environment in which they can discover, develop, share, and be appreciated for their gifts. Creating opportunities through which they can realize their potential and be appreciated for it is how we, in business, can fix the broken American Dream.

A quote from a recent CBS News article that references a New York Times poll says:

… The number of Americans who still believe in the American Dream is slipping. It was 72 percent in early 2009, at the worst of the financial crisis, and 64 percent this past December, in spite of the improved economy… The flip side of the news that faith in the American Dream has slipped to 64 percent, is that 64 percent — nearly two-thirds of Americans — still DO believe in an idea that is often about much more than making money.

People want to believe. It’s our responsibility as leaders to make the American Dream a reality. We can do this by moving away from the singular focus on shareholder value and working toward leadership practices that create environments where people are given the opportunity to express their gifts fully. An environment where people feel valued for who they are and what they do as we collectively aspire to a vision that creates value for all stakeholders.

Business could be the most powerful force for good if it simply cared about the lives that make it possible. And that’s not something that will happen with robot CEOs.

Bob Chapman is Chairman and CEO of Barry-Wehmiller Companies, a $2+ billion capital equipment and engineering consulting firm with more than 11,000 team members worldwide. He shares thoughts, stories and insights on leadership and business on his blog, trulyhumanleadership.com. His Wall Street Journal best-selling book, Everybody Matters: The Extraordinary Power of Caring For Your People Like Family, published by Penguin Random House, is available through online retailers and in bookstores everywhere. You can also follow Bob and Barry-Wehmiller on Facebook and Twitter and find out more about transforming the culture of your own organization through the BW Leadership Institute.