Singapore manufacturing output up 6.7% in April 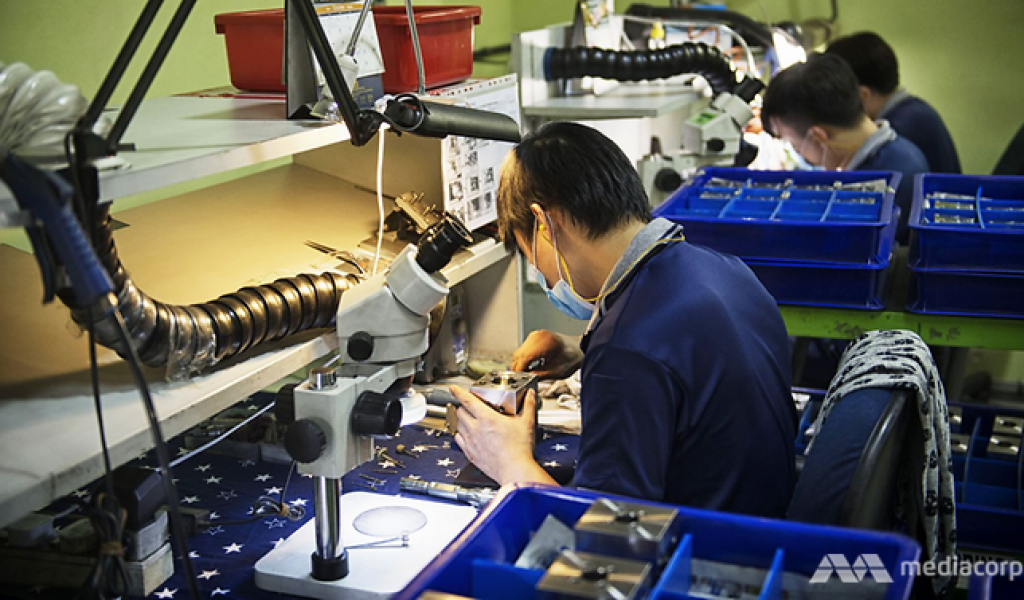 Excluding the biomedical manufacturing cluster, output grew 15.5 per cent, according to data released on Friday (May 26) by the Singapore Economic Development Board (EDB).

This follows a 10.2 per cent expansion in March, which was similarly boosted by the electronics sector. Excluding biochemicals, March’s output was up 12.4 per cent.

The electronics cluster’s output increased 48 per cent from a year ago, largely driven by the semiconductors segment which posted robust growth of 69.1 per cent. The precision engineering cluster expanded 15.7 per cent, with the machinery and systems segment growing 23.1 per cent due to higher export demand for semiconductor-related equipment.

The chemicals cluster saw a drop of 1.8 per cent, while the biomedical manufacturing sector’s output shrank 23.3 per cent, according to EDB.

The general manufacturing industries saw a contraction of 11 per cent, with a marginal 0.1 per cent growth in the food, beverages and tobacco segment. The printing and miscellaneous industries fell 16.3 per cent and 21 per cent, respectively.