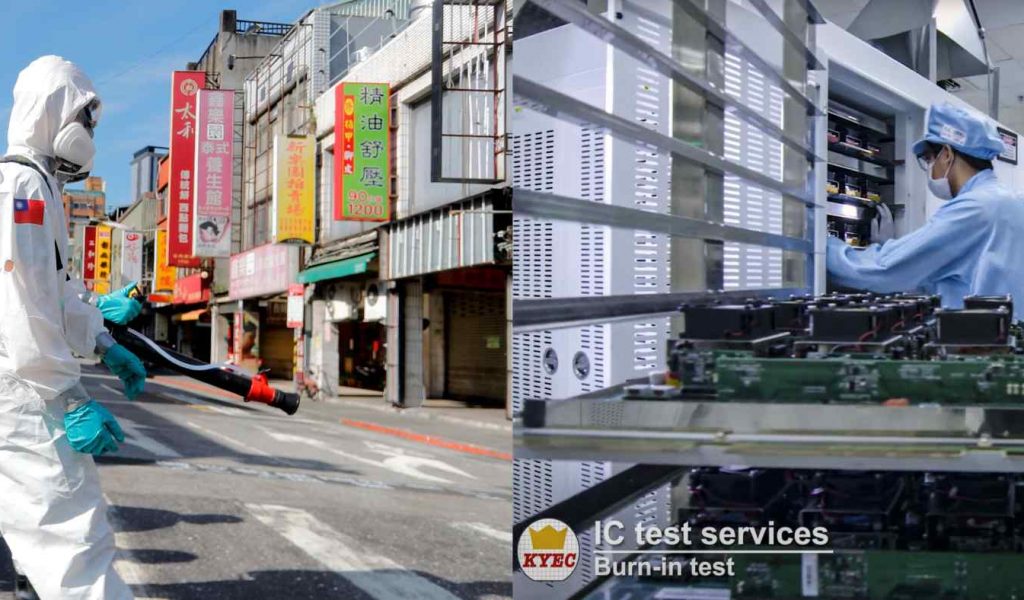 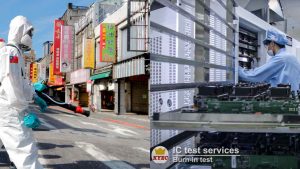 A leading Taiwanese semiconductor supplier will suspend all domestic production for two days after reporting a COVID infection cluster, risking the continuity of the island’s crown-jewel chip supply chain at a time of a global shortage.

King Yuan Electronics, the world’s leading chip testing service provider, said it will suspend production at sites in Miaoli and Hsinchu — the hub of the island’s chip industry — that account for around 80% of its revenue.

The company confirmed that 77 employees — including 73 migrant workers, most from the Philippines — have contracted the coronavirus at its biggest manufacturing site in Miaoli as of Friday. The number could rise as the company is testing all its 7,300 employees with government help, an official told Nikkei Asia.

“The move is to address the growing concerns from our employees and clients about their safety of coming into the offices and production facilities. We hope production can gradually be restored after the move.”

KYEC estimates the production suspension will affect revenue and output by 4-6% in June. “There will be surely an impact on output for June,” company president A.H. Liu told Nikkei Asia.

He said the company will initiate “super hot” production runs to make up for the lost days.

It is the first Taiwanese tech supplier whose production has been affected since a local coronavirus outbreak caused the island to raise its alert warning to level 3 — one step away from lockdown — in the middle of May.

KYEC’s production suspension could aggravate the global chip shortage, which has already hit a swath of players from automobile makers to consumer electronics giants.

Mediatek, the world’s leading mobile chip developer and rival of Qualcomm, said on Friday evening that the temporary suspension at King Yuan will effect the company’s revenue in June, adding that it is in close communication with the testing supplier in hopes of minimize the impact.

Greatek will start testing all of its roughly 4,000 employees on Saturday to avoid a further spread of the virus. The company — a supplier to many Taiwanese chip developers including Realtek and Phison — is an affiliate of Powertech, the world’s biggest memory chip packaging and testing company.

Health Minister Chen Shih-chung on Friday said the government does not plan to scale back the nationwide warning level on June 14 as previously planned, after reporting another 472 cases that day.

The central government is sending a support team to King Yuan to help with disinfection and testing. Chen also said the health ministry will review the working and living condition of migrant workers at companies in several cities, including Taoyuan, Hsinchu and Miaoli, to help prevent the spread of infection. The Hsinchu Science Park, home to many top Taiwanese chipmakers, said it has set up a testing station and will test around 4,000 out of the roughly 10,000 migrant workers in the area in three days.

Taiwan had about 700,000 migrant workers as of the end of 2020, with Vietnam and the Philippines the top sources, according to National Development Council data.

So far, these cases have not affected production at these companies, which are all running at full capacity to address unprecedented global demand.

“If the majority of the population in Taiwan do not receive COVID vaccines soon, I fear it is only a matter of time until more and more companies will be forced to halt production due to the spread of the virus,” an Apple supplier executive told Nikkei Asia.

The island is short of vaccines. Japan and the U.S. — both important trading partners and key buyers of Taiwan-made semiconductors — have said they will donate vaccines to Taiwan, which last year was considered a role model in suppressing COVID.