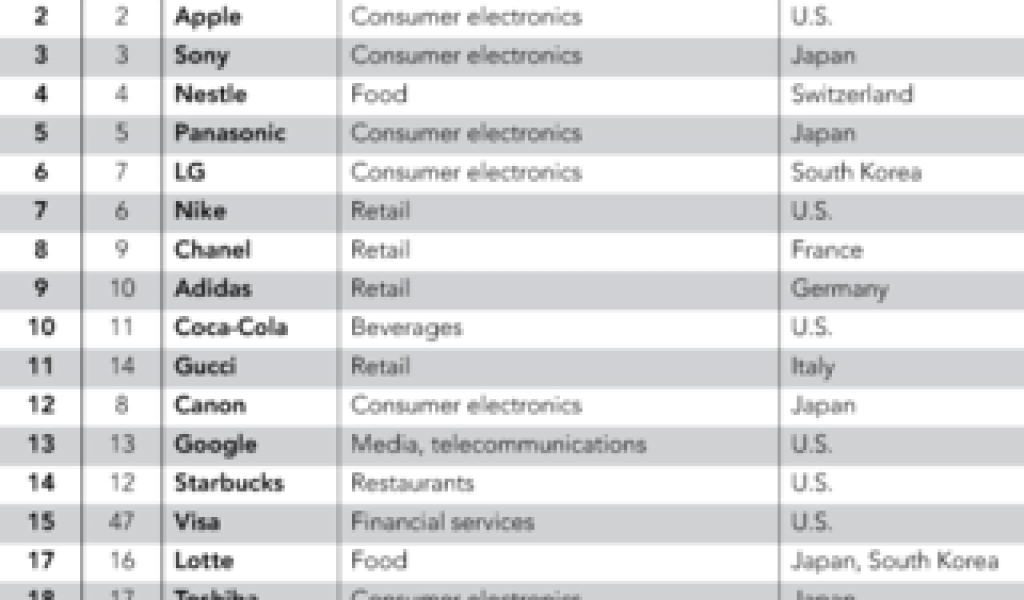 SEOUL — Samsung Electronics topped Asia’s brand rankings this year and continues to be the most trusted company in the region for the sixth year in a row, according to a consumer survey released on Wednesday.

That is remarkable for Samsung, considering the company is going through one of the biggest crises it has ever faced in its 48-year history — after a major recall of its much-awaited flagship smartphone Galaxy Note 7, the company then became mired in a high-level corruption scandal that has landed its de facto leader Lee Jae-yong in jail.

Campaign said that Samsung’s swift, decisive recall of the faulty phones and subsequent total withdrawal of the model helped it retain consumer trust.

“An unmitigated apology followed, which was the first step in Samsung’s highly transparent communications strategy to deal with the Note 7 fallout,” said Campaign in a statement. “Samsung acknowledged its fault and launched a thorough investigation of its manufacturing practices. Most significantly, it kept the public apprised throughout, publishing the investigation results in January.”

In China, consumers are moving away from foreign brands and shifting to domestic players, according to a separate report written by consumer research companies Bain & Company and Kantar Worldpanel. In 2016, local companies continued to gain market share over foreign competitors, measured on an aggregated basis.

The report said foreign brands captured a greater market share in only four of the 26 categories it studied, and lost in 18. Sales for local companies grew by 8.4% in 2016 from a year ago, while that for foreign brands grew only by 1.5%.